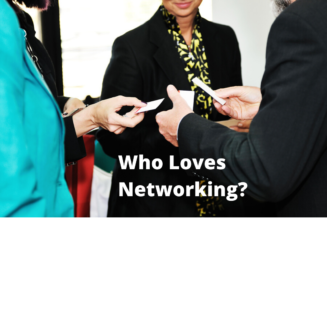 When Your NETworking is NOTworking

If the first lesson you learned as an entrepreneur was how many strangers you had to talk to, would you have reconsidered your line of work? Not everyone hates networking, but we all have an opinion about it, and it’s not simply related to whether we are introverted or extroverted. It is a myth that networking is easy for extroverts and difficult for introverts. I believe the fear and dislike of networking is related to the fear of public speaking, which is supposedly one of our top fears. I also believe it’s more about your attitude and approach than the actual practice of meeting and mingling with strangers.

If you don’t enjoy networking, or don’t feel like it’s working for you as well as it should, here are a few quick dos and don’ts that could change your feelings about networking, or at least make it more productive!

What Networking is NOT

Networking is NOT selling: Save your sales pitch for a follow up meeting or contact, preferably after receiving permission to have a sales conversation or after you have begun to build a relationship. One of the top reasons people don’t enjoy networking is because they are dreading being SOLD TO.

Networking is NOT a business card collecting activity: Don’t pass out business cards like you’re standing on the street in Vegas trying to get customers into your dance club. Please give your business card to people who ask for it. In the same vein, don’t ask people for their card just so you can feel like you had a successful networking event. This is not Halloween, people! Your goal is not to dump out your pockets or purse at the end of the night and count the cards you collected in the same way you did your candy after trick or treating. If you are at an event where it is expected to circulate your cards, feel free, but do not think this is 1) opt-in permission for your email list or 2) an indication that you can now sell to these people.

Networking is NOT a partner activity: There is nothing wrong with attending networking events with a buddy, IF you separate at the door and make an effort to meet new people. It is usually more fun to attend events with people you already know, but the point of networking is to meet new people. That doesn’t mean you can’t visit with people you DO know, but don’t let them be a crutch for having someone to talk to so you don’t look quite so, you know, awkward.

Networking IS about being interested in other people: When you take the focus off yourself and put it on other people, you automatically are less nervous and more open to engaging with others. When you are truly interested in getting to know someone else, it’s easy to forget about everyone else in the room, including yourself.

Networking IS about building relationships: Even if you’re at a business function, it’s important to remember the people you meet are people, just like you. This is obvious, but easy to forget: business is not about numbers and sales and opportunities. Business is really only about people. It is absolutely appropriate to ask people questions about themselves and their lives in addition to their work. “What do you do?” is a common question, but asking questions like “how did you get into that line of work?” or “what kinds of things do you do to relax after work?” can help identify common interests and plant the seeds of a future relationship.

Networking IS something to approach with a curious mind: the study of human behavior is very interesting. Curiosity can create two opportunities that aid your networking efforts: listening and asking better questions. When you really want to know something, you become a better listener. When you become a better listener, people feel validated and are more open. When you ask thoughtful questions, people feel appreciated and enjoy the conversation more. They typically ask more thoughtful questions of you in return, creating a win-win situation!

Changing your attitude, being approachable, and focusing on others goes a long way towards improving your networking efforts. You will also enjoy yourself a lot more when you make authentic connections!